Green Smoothie with Peanut Butter & Banana [In the Kitchen]

I’ve been repeating myself lately.  Gushing on and on to a friend before they quietly slip in, oh yeah, you mentioned that to me last time I saw you.  It’s just that usually green things are a hard sell.  Until the green smoothie came to town.  I read on Joy the Baker about the green smoothie that she created.  I wanted to try it because basically I love all her recipes.  I didn’t have almond milk on hand, so the first time I made it with skim milk instead.  It was pretty good, but still had a ‘green’ taste, so I played around with adding berries or pineapple to sweeten it a bit.  After making it to the store to pick up some almond milk, I tried it again but decided against adding any additional fruit.  Big improvement!  The almond milk really makes this!  Then, THEN, after a really really long run, I just needed some protein, so I added a tablespoon of peanut butter and I thought I discovered a new super power.

The almond milk and the peanut butter cover any ‘green’ taste, so don’t be scared.  TRY THIS.  Try it before I tell you about it again and you have to pretend I didn’t just tell you how much I love green smoothies.

Here’s the lowdown:  Thinly slice a banana and freeze it until solid.  Add this to a blender with 1 cup of almond milk (I particularly love vanilla flavor), a big handful of baby organic spinach and a tablespoon of natural peanut butter.  Blend it until you don’t see any more flecks of spinach. 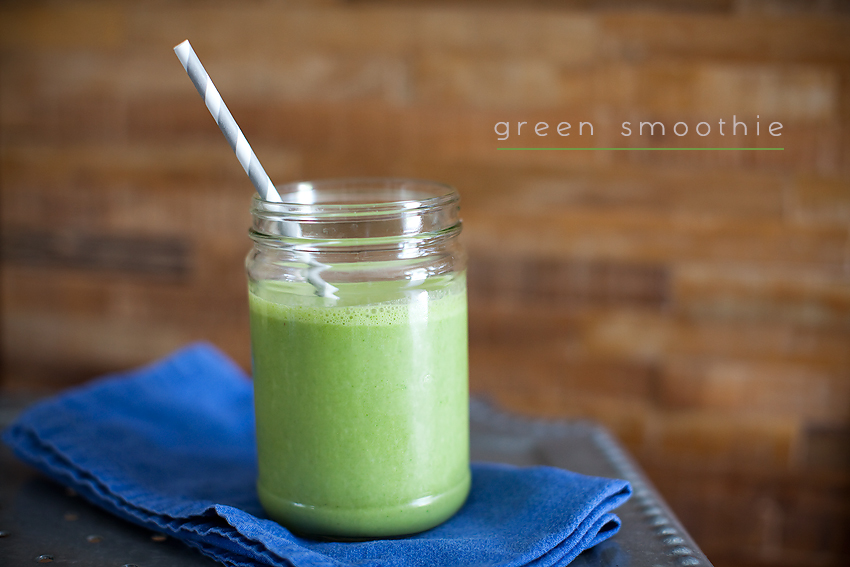 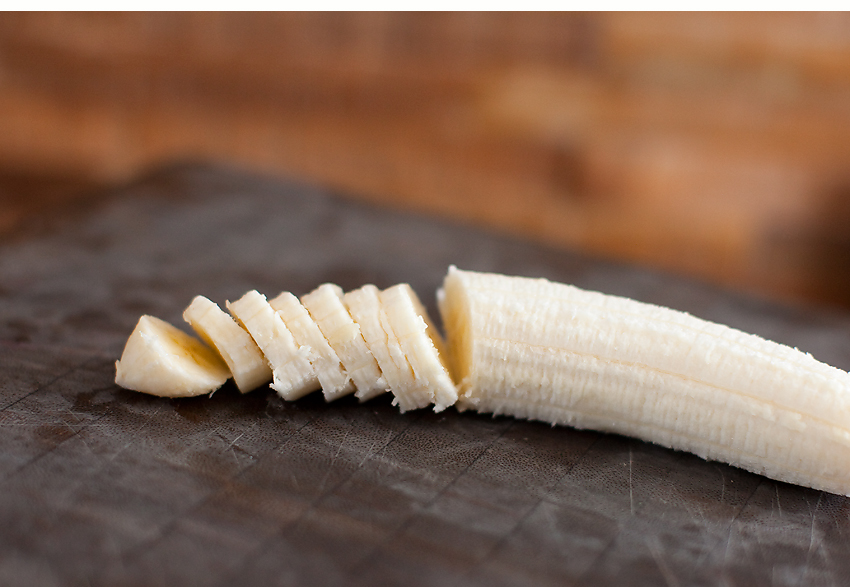 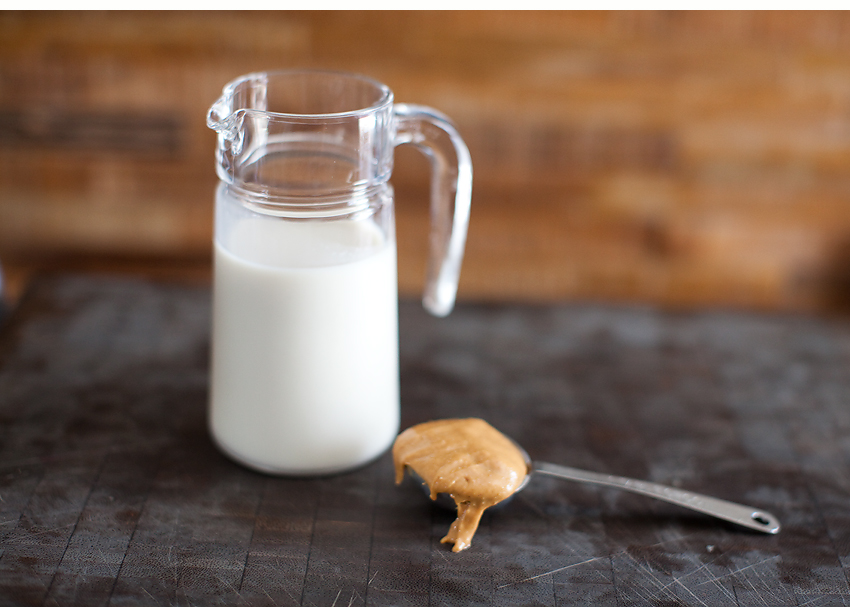 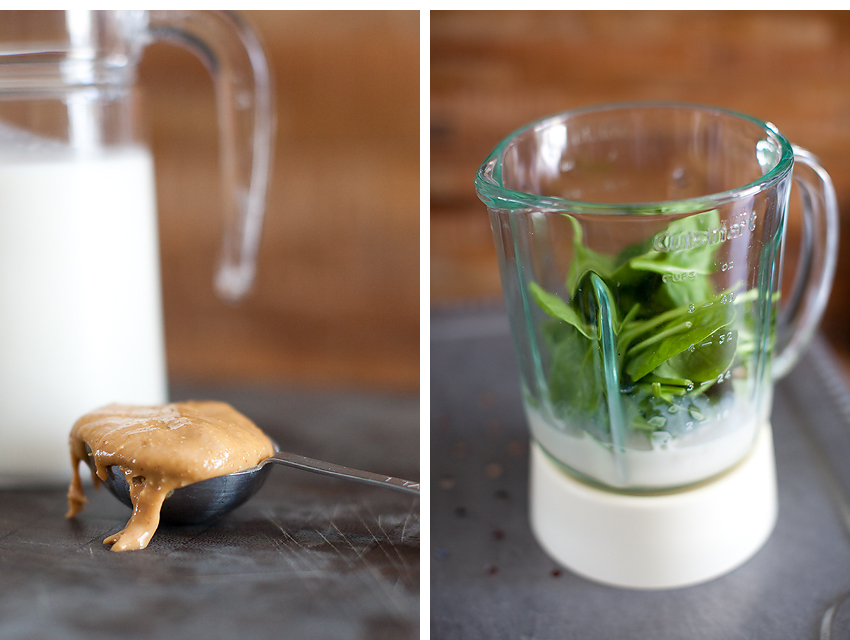 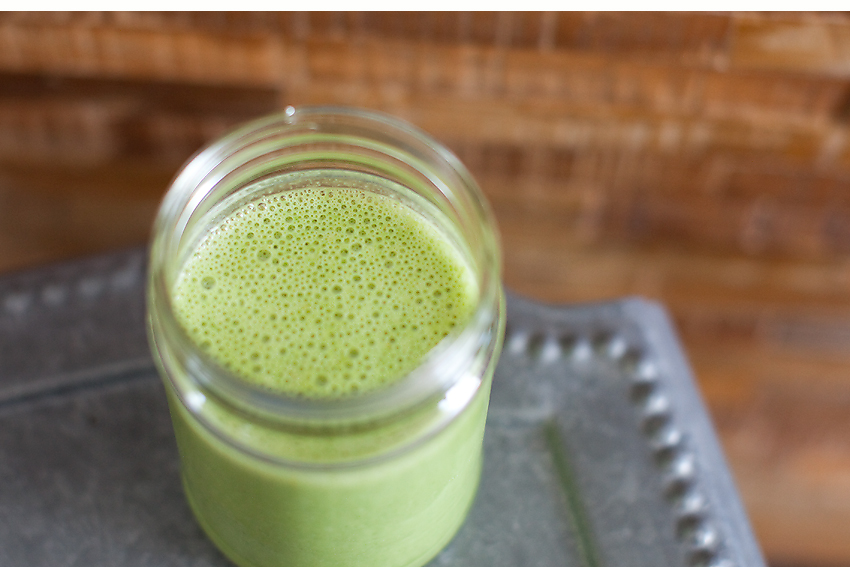